What’s the difference between translation and interpreting? 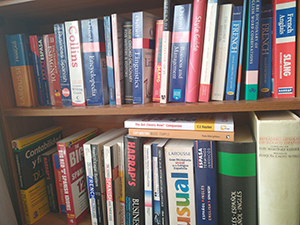 Why can’t we use Google Translate for translation services?

More importantly, the point of making a multilingual website is to reach a larger audience by providing valuable content in several languages. If your users can’t understand an automated translation or if it feels artificial to them, you should ask yourself whether you really want to present this kind of content to them”

This quote is from 2010. Google Translate has improved since then and it’s useful if you want to know what a document is about. However, the quality of machine translation still isn’t good enough for published documents. It makes too many basic mistakes. This more recent video is by Google Digital Garage. It explains the advantages of using professional translators:

Professional human translators will consider why you need a document translated. For example, you might want to update your investors or persuade customers to buy from you. A human translator will then rewrite your text using the appropriate language and tone while considering cultural differences.

Does a native English speaker also translate from English?

Most professional translators only translate into their mother tongue because this is the language they know best. A common exception involves minority languages that have few native speakers.

One of my colleagues spent a semester in the country where the language is spoken/took a class in the language. Why can’t he translate the document?

Translation isn’t merely the transfer of words from one language to another, but the transfer of meaning. Therefore, translators need excellent skills in both their foreign and their native language, in-depth cultural knowledge about the countries where their languages are spoken. They also often take additional courses in their area(s) of specialisation.

How many words can a translator manage per day?

That depends on the translator and the text to be translated. An estimate of 2000 words per day is often mentioned on translation providers’ websites.

However, certain types of text can take longer than others. For example, creative texts such as advertisements and slogans involve both translation and copywriting which is often called transcreation. In such texts, the translator has to think about the cultural implications and the message as a whole because translating the individual words would sound nonsensical.

Therefore, this type of text tends to take longer to translate than technical texts such as user manuals. Computer-Assisted Translation (CAT) tools can help the translator with repetitive texts and can often increase productivity.

It’s best to speak to your translator about a specific text if you’re unsure how long to allow for translation.

Why do translators have specialisations?

Translators have specialisations because translating a text on a particular subject often requires an in-depth knowledge of that field and the terminology used. Therefore, a translator specialising in tourism will probably not be the best person to translate a software user manual. This specialist knowledge is acquired in various ways: some translators have degrees in or have worked in their specialist field while others have learnt on the job.

What’s the difference between editing and proofreading?

Editing involves checking the content of the text to ensure that the ideas are expressed clearly and logically and that the text as a whole makes sense.

Proofreading involves checking over the text in finer detail after the editing stage, to detect errors in spelling, punctuation, grammar and format.

Translation – Getting it Right